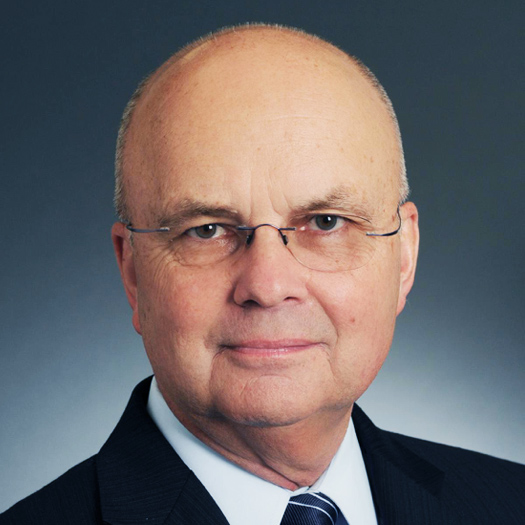 General Michael Hayden is a retired four-star general who served as Director of the Central Intelligence Agency (CIA) and the National Security Agency (NSA). General Hayden was the country’s first Principal Director of National Intelligence and the highest-ranking military intelligence officer in the country. He also served as Commander of the Air Intelligence Agency and Director of the Joint Command and Control Warfare Center and in senior staff positions at the Pentagon, U.S. European Command, National Security Council, and the U.S. Embassy in Bulgaria. He was also the Deputy Chief of Staff for the United Nations Command and U.S. Forces in South Korea.

General Hayden has been a frequent expert and commentator on major news outlets and in top publications, featured in the HBO documentary Manhunt, which looked at espionage through the eyes of the insiders who led the secret war against Osama bin Laden, and in Showtime’s The Spymasters, a detailed look at the Directors of the CIA.

He is currently a Principal at the Chertoff Group and a distinguished visiting professor at the George Mason University Schar School of Policy and Government.

In 2013, the Intelligence and National Security Alliance (INSA) awarded General Hayden the 29th annual William Oliver Baker Award. General Hayden is also the first recipient of the Helms Award presented by the CIA Officers’ Memorial Foundation. His recent memoir, Playing to the Edge: American Intelligence in the Age of Terror, has been a New York Times Best Seller and was recently selected as one of the 100 Notable Books of 2016. 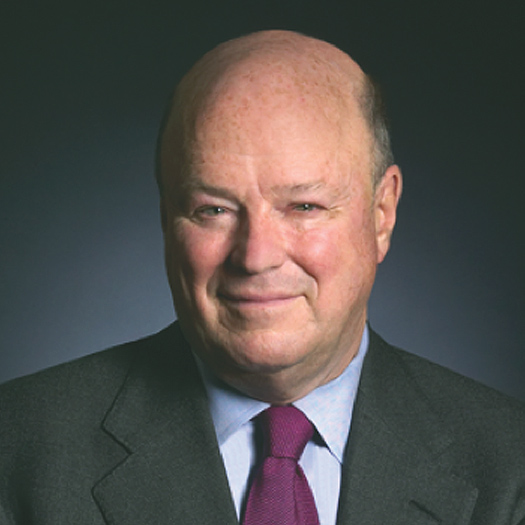 Frank G. Wisner is an International Affairs Advisor at Squire Patton Boggs, LLP. A career diplomat with the personal rank of Career Ambassador, he previously served as Ambassador to India from 1994-1997. Additionally, he held the positions of Ambassador to Zambia (1972-82), Egypt (1986-91), and the Philippines (1991-92). Mr. Wisner has served in a number of positions in the U.S. government, including Undersecretary of Defense for Policy (1993-94), Undersecretary of State for International Security Affairs (1992-93), Senior Deputy Assistant Secretary for African Affairs (1982-86), and Deputy Executive Secretary of the Department of State (1977). During the course of his career, Frank Wisner served in the Middle East and South and East Asia.

After leaving the government service, Mr. Wisner joined the American International Group, where he was named Vice Chairman, External Affairs. He returned to government in 2005 to represent the Secretary of State as her special representative to the Kosovo status talks.

Today, Mr. Wisner is a member of the Boards of Directors of EOG Resources, as well as the boards of numerous non-profit organizations. He is an advisor to SeaOne and American Tunisian Enterprise Fund.

A native of New York, Mr. Wisner was educated at Princeton University. 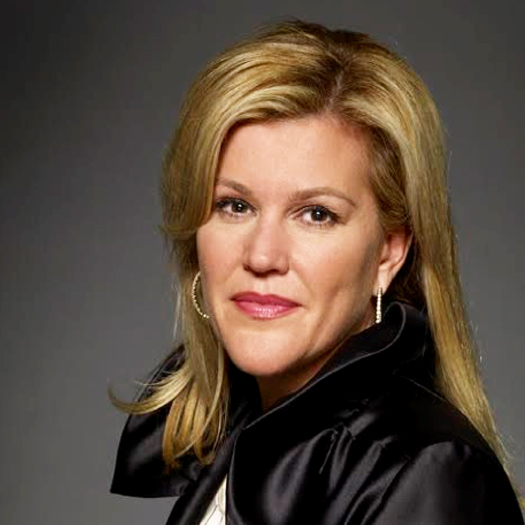 Meredith Whitney is best known for her ground-breaking work and early identification of the mortgage and broader credit crisis. In 2006, Ms. Whitney presented to the FDIC on the U.S. consumer and the risks in the sub-prime market. In 2007, her prescient forecast of Citibank’s need to raise capital, sell assets, and cut its dividend set off a one day $400 billion drop in the markets. From that point forward, she became the go-to voice on the financial industry.

In June 2013, Whitney published her first book, Fate of the States: The New Geography of American Prosperity, another example of her early identification of major demographic and economic shifts within the US economy.
Currently, Ms. Whitney is Senior Vice President of Arch Capital, a Bermuda based re-insurance company. She manages their Equities and Equity Strategies. Her recognized value as both a financial advisor and equity manager resulted from her years in New York running Kenbelle Capital and Meredith Whitney Advisory Group. Before venturing out on her own in 2009, Whitney was a Managing Director at Oppenheimer and ran financial services research at CIBC World Markets and Wachovia (now Wells Fargo). She graduated with Honors from Brown University. 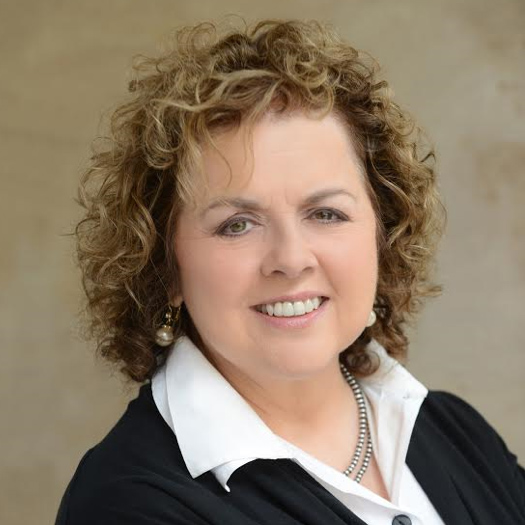 Laurie Garrett is the Senior Fellow for Global Health at the Council on Foreign Relations. She is the only writer to have been awarded all three of the big “Ps” of journalism: the Peabody, the Polk, and the Pulitzer.

Garrett is also the best-selling author of The Coming Plague: Newly Emerging Diseases in a World Out of Balance and Betrayal of Trust: The Collapse of Global Public Health. Her third book, I Heard the Sirens Scream: How Americans Responded to the 9/11 and Anthrax Attacks, received the 2011 E-Literature Award for best science writing, and her most recent book Ebola: Story of An Outbreak is based on her experience reporting from Ebola epidemics in 1995 in Kikwit, Zaire and in 2014 in Liberia and Sierra Leone. Garrett is an expert on global health with a particular focus on newly emerging and re-emerging diseases, bioterrorism, public health, and its effects on foreign policy and national security. Over the course of her career, she has been in over thirty different epidemics.

A member of the National Association of Science Writers, Garrett also served as the organization’s president in the mid-1990s. She currently serves on the advisory board for the Hideyo Noguchi Africa Prize, and is a principal member of the Modernizing Foreign Assistance Network (MFAN). She chaired the Scientific Advisory Panel to the United Nations High Level Commission on HIV Prevention in collaboration with UNAIDS. 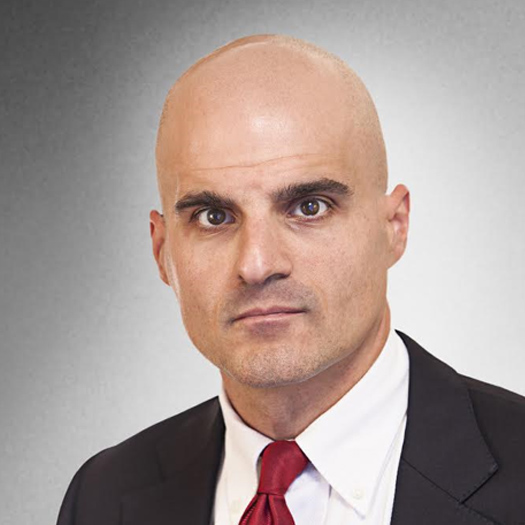 Mark Gerson is a co-founder and Chairman of GLG. He is also the Chairman of United Hatzalah, the network of first responders that treats victims of pre-hospital trauma in Israel, and the co-founder and Chairman of the Africa Mission Healthcare Foundation, which supports the work of medical missionaries performing clinical care throughout Africa. In addition, Mr. Gerson is a co-founder and co-Chairman of Thuzio, Chairman of Axial Markets and author of The Neoconservative Vision: From the Cold War to the Culture Wars (Madison Books: 1996) and In the Classroom: Dispatches from an Inner-City School That Works (Free Press: 1997). He graduated summa cum laude from Williams College and received his JD from Yale Law School. 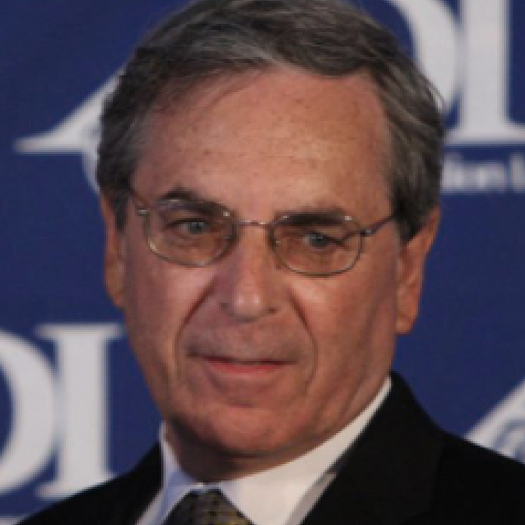 David Cohen was the Deputy Commissioner for Intelligence of the New York Police Department from 2002-2013. The first person to hold the position, he designed and implemented programs that are widely credited with protecting New York City from terrorist attack after 9/11. He is also a 35-year veteran of the CIA, where he served at the highest levels of both the Directorate of Intelligence and Operations. 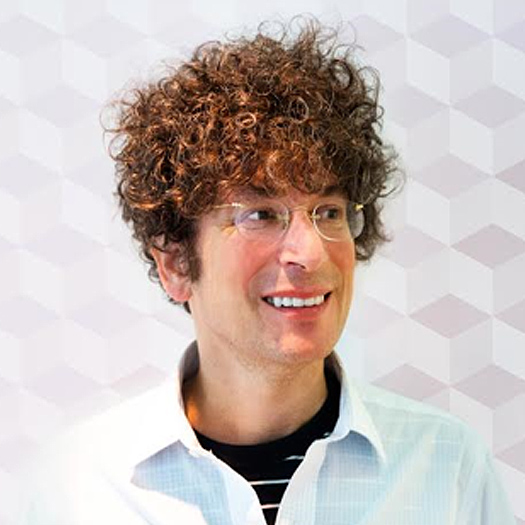 James Altucher has started and run more than 20 companies and is currently an investor in and advisor to over 30. He's also the author of 18 books and has a successful podcast, "The James Altucher Show" which has featured guests such as Peter Thiel, Mark Cuban, Arianna Huffington, Sara Blakely, Tony Robbins, Garry Kasparov, etc. He has written for the Wall Street Journal, the Financial Times, and has been an early angel investor in several nine figure exit companies.

His book Choose Yourself was listed by USA Today as one of the "12 best business books of all time.” His recent book Reinvent Yourself was ranked #1 in the entire Amazon store for both non-fiction and fiction. His podcast has been downloaded over 50 million times and he currently runs "Choose Yourself Media" which he built up from $0 to $20 million in revenues and profitable in the past two years. 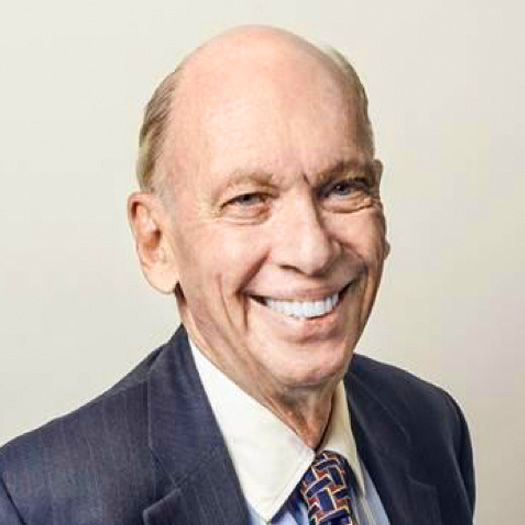 Byron Wien is Vice Chairman in Blackstone’s Private Wealth Solutions group where he acts as a senior adviser to both the Firm and its clients in analyzing economic, social and political trends to assess the direction of financial markets and thus help guide investment and strategic decisions.

In 1995, Mr. Wien co-authored a book with George Soros on the legendary investor’s life and philosophy, Soros on Soros - Staying Ahead of the Curve. In 1998 he was named by First Call the most widely read analyst on Wall Street and in 2000 was ranked the No. 1 strategist by SmartMoney.com based on his market calls during that year. Mr.Wien was named to the 2004 Smart Money Power 30 list of Wall Street’s most influential investors, thinkers, enforcers, policy makers, players and market movers. He appeared in the “Thinker” category.

In 2006, Mr. Wien was named by New York Magazine as one of the sixteen most influential people in Wall Street. The New York Society of Security Analysts (NYSSA) presented Mr. Wien with a lifetime achievement award in 2008. 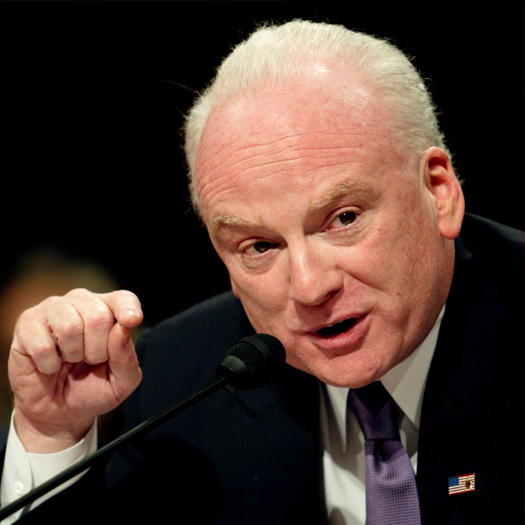 Since leaving government in 2003, Mr. Clarke has served as an on-air consultant for ABC News for ten years, taught at Harvard's Kennedy School of Government for five years, and is the author of eight books. His first book, Against All Enemies: Inside America’s War on Terror (2004) was a New York Times #1 best seller. In 2017, he published Warnings, 14 case studies of experts whose predictions of impending disaster were ignored. His ground-breaking work, Cyber War, was voted by a cyber expert panel as one of the field’s foundational works. 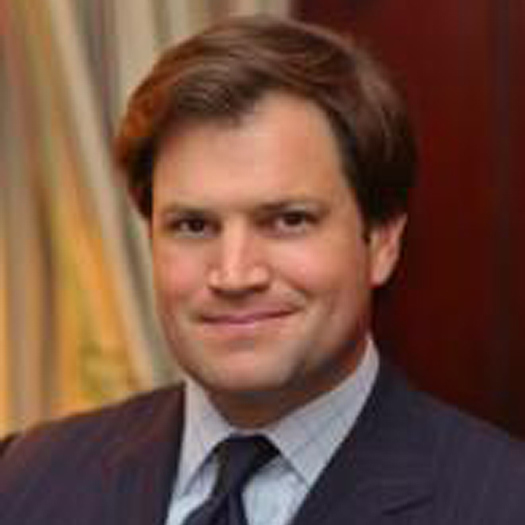 R.P. Eddy is the CEO of Ergo, a leading intelligence and advisory firm, and of Four Rivers, an investment firm focused on Asia. Previously, he served as Director at the White House National Security Council, Chief of Staff to the US Ambassador to the UN, Richard Holbrooke, Senior Advisor to Secretary of Energy, Bill Richardson, and Senior Policy Officer to the Secretary-General of the UN, Kofi Annan, where he served as an architect of the Global Fund to Prevent AlDS, TB, and Malaria.

Eddy was a member of the State Department Senior Executive Service and achieved the diplomatic rank of Minister-Counselor. He was a Managing Director at the Gerson Lehrman Group and a Team Leader at the Monitor Group. The World Economic Forum at Davos honored him as a "Global Leader for Tomorrow" and Foreign Policy noted him as one of the United States’ 100 “most esteemed terrorism and national security experts.”

He is a member of the Council on Foreign Relations and a member of the Board of the Middle East Institute. Eddy was the Founder of the Center for Policing Terrorism (which advised the NYPD after 9/11), and Co-Chairman of the Mayor of Los Angeles’ Advisory Board on Counterterrorism. He has been a Senior Fellow or associate at Harvard University, the Madison Policy Forum, and the Manhattan Institute. He has a B.Sc. in Neuroscience from Brown University. 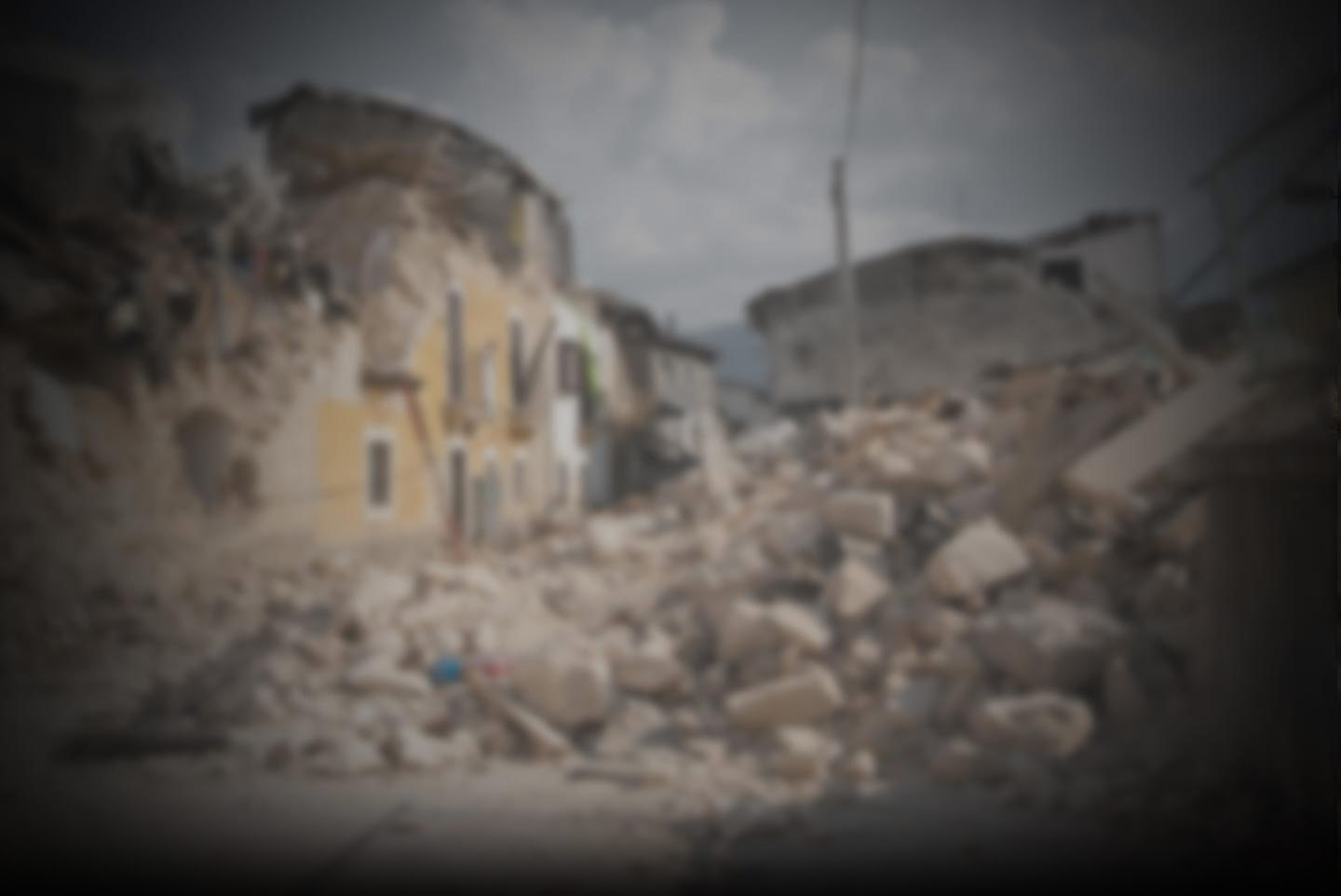 THE CASSANDRA AWARD BOARD